The world’s largest annual pilgrimage, Hajj requires the faithful to repeat a set of rituals first performed by the Prophet Mohammed centuries ago.

The event is a deeply spiritual experience for Muslims, and one every believer aspires to take part in at some point in their life, if they are able.

Those who are unable to perform the pilgrimage for financial or health reasons are exempt. If they can afford it, Muslims can have someone perform Hajj on their behalf, with Sharia advising they fund someone who would otherwise be unable to attend.

The history of Hajj

Though Hajj has been performed in its current form for more than 1,300 years, some of its elements go back to the time of the Prophet Ibrahim in 1813 BC.

It is said God ordered the Prophet Ibrahim to leave his wife, Hagar, and son, Ismail, alone in the desert of ancient Makkah.

Hagar, desperately searching for water for Ismail, ran between two small hills, Al Safa and Al Marwa, seven times. When she returned to her son, she saw him scratching at the ground and it is said a miracle from God caused a spring to well up beneath them. Today, pilgrims pace between these two mountains as part of the rituals of Hajj in remembrance of that miracle. The site is now the Well of Zamzam.

Even the Kaaba is tied to the Prophet Ibrahim, who built it with the help of his son under orders from God, who told him to invite people to make pilgrimage there. It is said the black stone used to build the Kaaba was supplied by the angel Gabriel, who brought it from heaven.

Some time before Islam was introduced in 610 AD, the Kaaba became a site for pagan worship. Twenty years later, the Prophet Mohammed led his followers from Makkah to Madinah where they destroyed the pagan idols. The Prophet Mohammed performed is first and only Hajj, with a large number of followers, in 632.

Those accompanying the Prophet Mohammed observed his every move and these steps are performed in the same sequence today.

When is Hajj and how long does it last?

This year, Hajj begins on August 9. It lasts between four to six days, depending on the speed of the pilgrim.

What are the rituals performed during Hajj?

On this day, pilgrims begin their Hajj at the Kaaba.

As they approach the Kaaba, pilgrims must circumambulate in a counterclockwise direction, meant to express the devotion of Muslims praying to one God.

They must then perform Sa’ey, whereby Muslims re-enact the journey by Hagar, the Prophet Ibrahim’s wife, as she went between two small hills in Makkah, Al Safa and Al Marwa, looking for water for her son Ismail. Muslims pace between the two points.

Pilgrims then depart for Mina, five kilometres away, where they recite prayers and spend the night in the valley where the Prophet Ibrahim stoned the devil as he tried to lead him astray.

Known as the day of Arafah – a pivotal day of Hajj. After the Fajr prayer in Mina, pilgrims make the journey to Mount Arafat, a 70-metre hill believed to be where the Prophet Mohammed gave his final sermon. Standing and praying on Mount Arafat is considered the peak of the pilgrimage.

Descending from Mount Arafat, pilgrims make their way to Muzdalifah, to the south of Mina, to pray and collect pebbles to perform the last steps of Hajj. It is recommended to collect 70 pebbles. The stoning of Jamrat Al Aqabah typically takes place after midnight.

On this day, pilgrims must stone Jamrat Al Aqabah, the place where the devil is said to have appeared before the Prophet Ibrahim. Here, pilgrims must throw seven pebbles one after the other while saying Allahu Akbar (God is greatest) after each throw. Each pebble should be the size of a fava bean. The act mimics that of the Prophet Ibrahim, who was told by the angel Gabriel to pelt the devil with stones.

After the stoning, Eid Al Adha can be celebrated and the pilgrims’ sacrificial animal should be slaughtered. Then, men should either shave their heads or cut their hair, and women should cut the length of a fingertip from their hair.

On these days, pilgrims tend to stay in Mina to stone the three sites of the devil each day to cement their intentions and in the hope that Allah will accept their Hajj.. The first two days, Dhu Al Hijjah 11 and 12, are mandatory while the 13th is not. After that is the final Tawaf Al Ifadha.

Before leaving Makkah, pilgrims, now referred to as Hajjis, shed their white or black robes and don their finest clothes. Makkah becomes a kaleidoscope of colour as pilgrims perform a final, farewell Tawaf known as Tawaf Al Ifadha where they circumambulate the Kaaba one last time. This step is mandatory but pilgrims have up until the end of Dhu Al Hijjah to perform it.

The importance of Hajj

Hajj is a deeply spiritual experience for Muslims.

For many pilgrims, the journey to Makkah is the first time they will leave their countries or board planes. More than half of those performing Hajj visit from low-income countries, and 18 per cent come from conflict-ridden states.

According to Sunnah, or the way of the Prophet, Hajj Al Tamattu is the most preferred method of performing the pilgrimage. Along with Hajj Al Qiran, it differs from Hajj Al Ifrad in that the latter entails performing only Hajj, while the other two require performing Umrah, or minor pilgrimage, before.

How to prepare for Hajj

Before setting off for Hajj, Muslims must first purify and declare their Niyyah, or intention, to God. Their Niyyah for Hajj should be sincere and for the sake of Allah only, not other worldly matters.

Pilgrims must also enter what is known as a state of Ihram, whereby they prepare their bodies and mind for the rituals ahead. This requires them to recite an intention and adhere to a certain dress code.

The essentials to take with you

Stripping yourself of anything that could indicate your social standing is key to Hajj. While performing pilgrimage everybody, regardless of their financial of social status, is seen as equal in God’s eyes.

It is for this reason that a simple wardrobe has been prescribed to Muslims during this time. Men must wear two sets of white sheets, symbolising purity, that do not contain stitches and have no seams. These sheets must be worn when they are in a state of Ihram while performing the Hajj rituals.

Pilgrims should not be scented, perfumed or use any cosmetics while in the state of Ihram.

A good pair of slippers are key to a comfortable Hajj, as is a fan during the years when Hajj falls over the summer.

Ihram is a sacred state which Muslims must enter before performing Hajj or Umrah, the minor pilgrimage that takes place at any time throughout the year that is not during Hajj.

A pilgrim must enter this state by performing the cleansing rituals and wearing the previously described attire.

While in a state of Ihram, there are some acts that are forbidden to pilgrims. This includes:

How to apply for Hajj

Those who wish to perform Hajj must first apply for a Hajj visa.

If applying from the UAE, it is advisable to book in advance because Saudi Arabia sets a quota of pilgrims for each country.

Details and requirements for how to apply for Hajj and Umrah can be found here.

The Ministry of Interior uses tens of thousands of security personnel in Makkah and Madinah to ensure the safety of the pilgrims.

Before the Hajj, Saudi Arabia’s security forces hold the annual military parade in Makkah, with soldiers marching and performing elaborate exercises to display their ability to ensure the safety of the pilgrimage.

With two million people all expected to be carrying out the same rituals, crowd management is essential to stop people from being stuck in massive crowds or even trampled.

For many years now, Saudi Arabia has used a variety of technologies to manage crowds. Inside the Grand Mosque of Makkah complex is the Crowd Management Operation Room. This room is filled with giant screens that show the movements of pilgrims, filmed by thousands of strategically placed cameras.

Highly trained medical staff and security officers are positioned across the entire Hajj area so they can spring into action if needed. They also share any and all developments they see with the control room.

When certain areas are at capacity, officers on the ground are immediately notified and begin to redirect worshippers.

The bridge leading to Jamrat Al Aqabah was one of the deadliest places in the Hajj due to stampedes until the Saudi government built a new bridge with five floors. One of the floors is dedicated to disabled pilgrims but the rest are used to spread out traffic and are closely monitored by the Crowd Management Operation Room.

A live stream of the Kaaba can be watched at any time here: 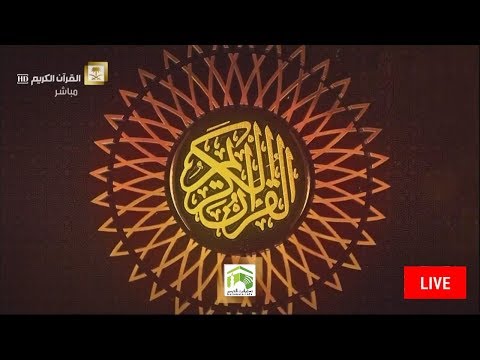 Last year, the Ministry of Hajj and Umrah launched the “Smart Hajj” initiative, providing pilgrims with smartphone apps to help them through the pilgrimage.

The app Asefny allows users to send health reports through their phones and request medical care in emergencies. The app tracks a pilgrim’s location in order to provide them with services or assistance to those with special needs.

The ministry also launched the newer version of the Manasikana app meant to guide pilgrims through every step of Hajj, from signing up for the pilgrimage to their return home. Available in eight different languages, it provides information that includes prayer times and flight schedules, the weather forecast for Makkah, Madinah and Jeddah, emergency numbers, the location of the nearest emergency centre and currency-exchange rates.

How to stay healthy during Hajj

No cases of epidemics or quarantine-requiring diseases have been reported among pilgrims congregating in the weeks before Hajj, and the health situation so far is reassuring.

Every year, the Saudi Ministry of Health issues a list of vaccinations required of all pilgrims intending to perform Hajj, according to World Health Organisation standards.

This year, the ministry has asked for meningitis, yellow fever and polio vaccinations. Citizens from certain countries might have to receive additional vaccines depending on the prevalent communicable diseases.

In 2017, the ministry asked the elderly and those with weak immune systems to reschedule their Hajj because of fears over an outbreak of Mers, or Middle East Respiratory Syndrome.

Outbreaks of cholera and the Ebola virus in different parts of the world have raised fears of an epidemic at Hajj, but authorities have taken every measure to avoid this.

Where to eat during Hajj

Over the centuries, Makkah has become a sprawling city with malls, restaurants, hospitals and other facilities catering to residents and the influx of visitors the city experiences throughout the year.

For millions of pilgrims, eating during Hajj can be a challenging prospect as some days of the pilgrimage do not allow for a trip back to the city. Food is available in the camps in Mina, in tents set up to tend to pilgrims, but also throughout the city in Makkah.

The ministry sends out inspection teams to monitor food for hygiene and to ensure that there is enough.

The ministry also monitors prices to ensure that restaurants and grocery shops do not overcharge.

All tour agencies, through whom the bulk of pilgrims from abroad arrange their Hajj, provide all-inclusive packages with meals, transportation and accommodation.

Food is typically served in massive tents, either in Mina or around Mount Arafat, in buffet style. But pilgrims are advised not to overeat as Hajj requires an intense amount of walking, praying and standing as they move from place to place.